Top
×
You are here: Home / Blogs / The Importance of Hard Hats on Construction Sites 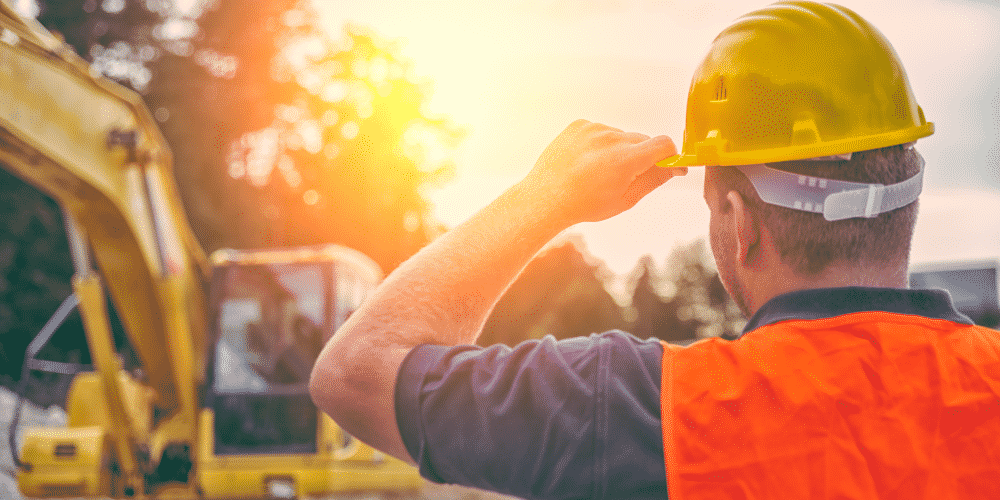 The hard hat is a signature piece of personal protective equipment (PPE) in a wide variety of industries. However, the importance of hard hats and understanding which one is appropriate for the task at hand is typically below standard in many workplaces. It is all too common for workers to remove them due to heat, discomfort, or most dangerously, complacency. This is unsafe and puts workers at unnecessary risk of head injury. This article features the types and classes of hard hats, discusses when they are required, explains injury statistics related to lack of use, and notes potential impacts to compensation and disciplinary action for failure to wear PPE.

Types and Classes of Hard Hats

First of all, which hard hat is the right one for the job? As simple as they may seem, hard hats exhibit a variety of features that require their users to select the most appropriate one for the working conditions. Hard hats have two physical protection classes: Type I and Type II. They also have three electrical protection classes: Class E, Class G, and Class C. The type and class can be found on the label under the brim of the hat. Classes and types are standardized by the American National Standards Institute (ANSI) Standard for Head Protection Z89.1. ANSI Z89.1 governs applicable testing for hard hats including penetration testing, force testing, and flammability testing.

Type II hard hats protect the sides and top of the head from falling hazards and side impacts. Side impacts could be the result of a worker carrying a piece of lumber or from walking into a low overhead platform. Type II hard hats only have brims on the front of the hat. Examples of appropriate uses for Type II hardhats include construction and high-mobility work.

Class G hard hats offer protection up to 2,200 volts and only protects the head, similar to the Class E hard hat. Class G hard hats are intended for use in work environments with occasional exposure to lower voltages and electricity-conducting materials such as ironworking. Class G hard hats were previously known as Class A.

To ensure your hard hat is doing its job to keep you safe, several considerations must be made. First, make sure the one you are using is right for the job. It is all too common for workers to grab the first hat off the rack without considering their working conditions. Another consideration is the hat’s expiration date (yes, hard hats expire). Know your expiration date and replace it once the date has passed. Keeping hard hats free of debris, sun damage, cracks, and any other conditions that may compromise its ability to protect the head. Finally, replace the hard hat any time there is a significant impact, whether any damage is visible or not. Oftentimes, there is structural damage inside the the shell that is not easily visible but that damage can severely reduce the protective capabilities.

When Are Hard Hats Required?

The Occupational Safety and Health Association (OSHA) notes in 29 Code of Federal Regulations (CFR) 1910.135(a) that hard hats are required, in general, when there is a perceivable risk of head injury. This risk includes falling objects, stationary objects at head level that may be walked into, and where head contact with electrically charged appurtenances may occur. Workers are typically much more observant and safety-conscious, including wearing hard hats, around heavy equipment, and with more frequent or severe overhead risk. This means that company protocols and OSHA standards must help in covering areas where workers may become complacent or not deem a hard hat necessary. Approximately 30% of injuries occur from common slips, trips, and falls, primarily due to a relaxed guard. Employers may strengthen PPE wear requirements with stricter safety protocols of their own, such as dictating hard hat wear throughout a facility, whether or not an employee judges there to be a risk. Wide-sweeping policies such as this may eliminate the guesswork and grey area on company hard hat requirements.

OSHA requires hard hats for “affected employees” which can be defined as any employee at risk of head injury due to any of the aforementioned conditions. OSHA provides examples of affected employees in 1910.135(b) including carpenters, mechanics, laborers, warehouse laborers, stock handlers, and loggers, among many others.

Annually, approximately 65,000 cases of lost time due to head injury occur in the workplace, Additionally, approximately 1,000 workers die from sustained head injuries per year. In addition to death, head injuries can cause a variety of maladies from minor cuts and bruises to major issues such as concussions, traumatic brain injuries, skull penetration, and neck and spinal injuries.

Additionally, our brains are much more susceptible to rotational forces rather than head-on forces; advances in the construction industry are protecting workers against rotational forces due to a stronger understanding of traumatic brain injuries and concussions.

Failure to report head injuries is another common occurrence. Surveys suggest that over 50% of head injuries go unreported and only 6% of workers suffering head injuries at work seek medical treatment. Furthermore, over three-quarters of workers experiencing head injuries did not take time off of work to recover. Multiple small head injuries can have a cumulative effect on the brain, resulting in increased risks of traumatic brain injury and concussion exacerbation over time.

Failure to wear safety devices such as hard hats can negatively impact insurance claims and worker compensation. The specifics vary from state to state, but Wisconsin, for example, decreases worker compensation by 15% if an injury occurs while the worker was not wearing appropriate PPE. Additionally, companies may levy disciplinary actions against those who violate safety protocols, including the wear of hard hats where appropriate.

Many companies take pride in their safety records, as evidenced by “Days Without Injury” boards displayed in many worksites. Company leadership is typically risk-averse and works to eliminate preventable injuries, casting a negative impression on workers and supervisors allowing preventable injuries to occur.

Hard hats are critical pieces of PPE for a wide variety of workforces. Manufacturers are constantly improving their products’ comfort and protection to encourage hard hat use and lessen the burden and discomfort of wearing one. Unfortunately, head injuries are still a somewhat common occurrence due to a lack of proper PPE wear, particularly when workers become complacent. Workers must understand the financial and professional implications should violations arise. Most importantly, hard hats save lives and prevent life-changing injuries. Simple hard hat use can prevent most traumatic brain injuries, concussions, skull fractures, and other head injuries that can permanently negatively impact or end the life of a worker.

Read more about the effect of OSHA violations on acquiring construction contracts. 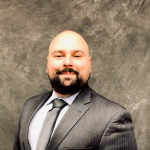 Michael serves as Program Manager for the LandPro program with over 15 years of P&C experience with extensive experience on the carrier side. Michael earned his degree in Business Administration from William Paterson University and obtained his MBA in Finance from St. Peter’s University.